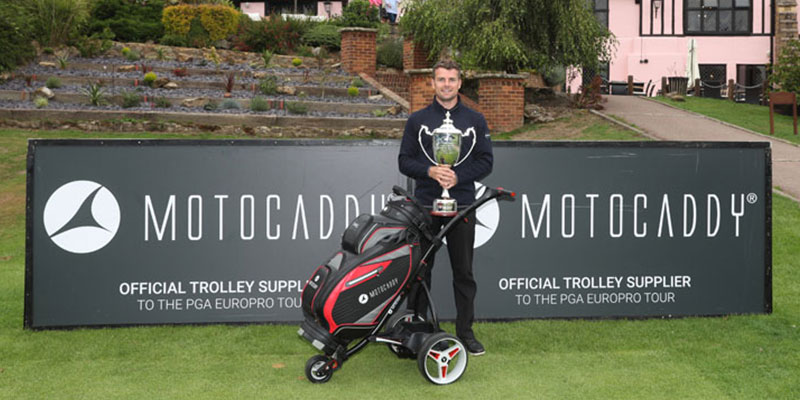 Billy Hemstock beat the in-form Dave Coupland in a one-hole playoff to claim his first victory of the season at the PGA EuroPro Tour’s Nokia Masters at Mannings Heath Golf Club & Wine Estate.

Poor weather on the second day of the tournament forced the tournament to be reduced to a 36-hole tournament, with Coupland (Woodhall Spa Golf Club) in the clubhouse with an overall score of eleven-under par.

Hemstock (Teignmouth Golf Club) started the final day seven shots back with just eleven holes to play as his second round was cut short on Friday (10th August), a phenomenal run of seven birdies across ten holes catapulted Hemstock into a share of the lead; his form typified with a superb 8 feet breaking putt on the 18th to clinch the all-important final birdie of the day.

However, the duo were forced to wait a significant portion of the day as a pack of golfers bid to join them in the playoff; particularly strong efforts belonged to local lad Marco Penge (Golf at Goodwood), Stiggy Hodgson (The Wiseley Golf Club), and Will Enefer (Retail Furniture Ltd) who all came within one on overall scores of ten-under par, but had to settle for a share of third place. 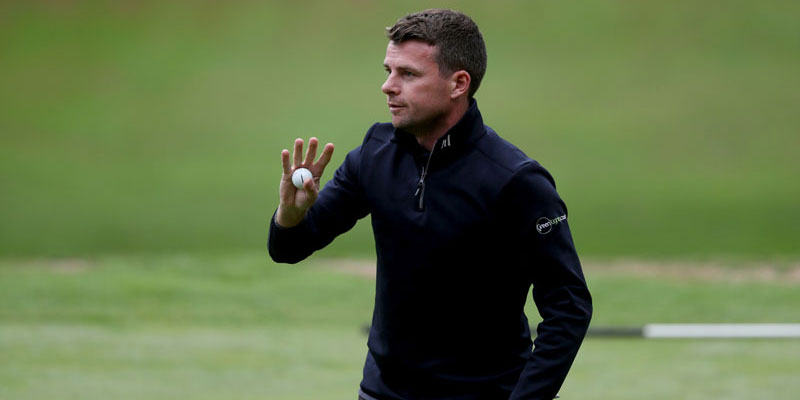 Despite not playing any golf on the final day, Coupland looked to be in the playoff driving seat as his tee shot on the 18th hole found the middle of the fairway with around 140 yards to the pin, unlike Hemstock who found the rough from the tee and no clear sight of the pin with 136 yards to go.

It didn’t faze Hemstock though, who hit a superb approach shot onto the front edge of the elevated green, some 15 feet to the pin compared to Coupland’s remaining 20 feet with significant left-to-right break. With no feel for speed of the greens Coupland over hit his birdie putt 6 feet by the hole, and lipping out for par he needed Hemstock to miss a 2 feet par putt to have another chance at claiming his third win of the season. But the Teignmouth man made no mistake in sinking the putt and clinching his first win in two years on the EuroPro Tour.

“It feels fantastic, I’m really chuffed with this win, there’s been a lot of hard work this season so it’s great to see some rewards”, said a delighted Hemstock.

“Right from the start I holed a 10 feet birdie on the 8th, so that got my round underway. I think the fact I played a large part of my round today gave me an edge over Coupland, who was made to sit around and wait for results to come in. Obviously, he was sitting in a very good position and I was fortunate to get a run of birdies today, and in the playoff, I felt comfortable with the conditions I faced.” 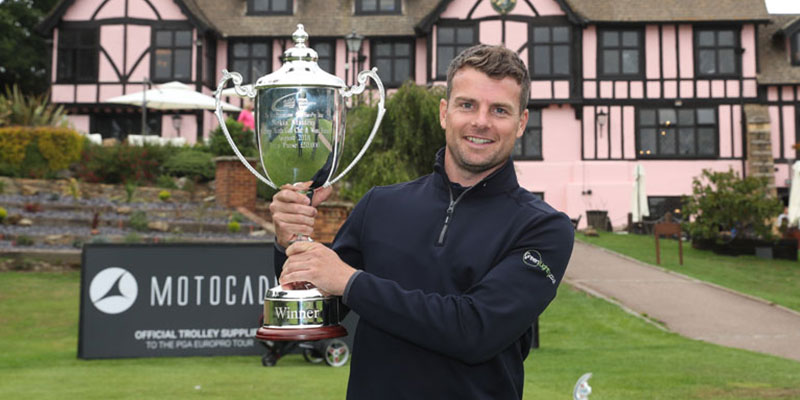 The win launches Hemstock 32 places up to 7th in the rankings in the Race To Desert Springs with just a handful of events left in the 2018 season. On his chances of finishing in the Challenge Tour spots he said: “Who knows, there are a lot of great golfers on Tour, it would be great to get there and also to get another win under my belt which is my next priority.”