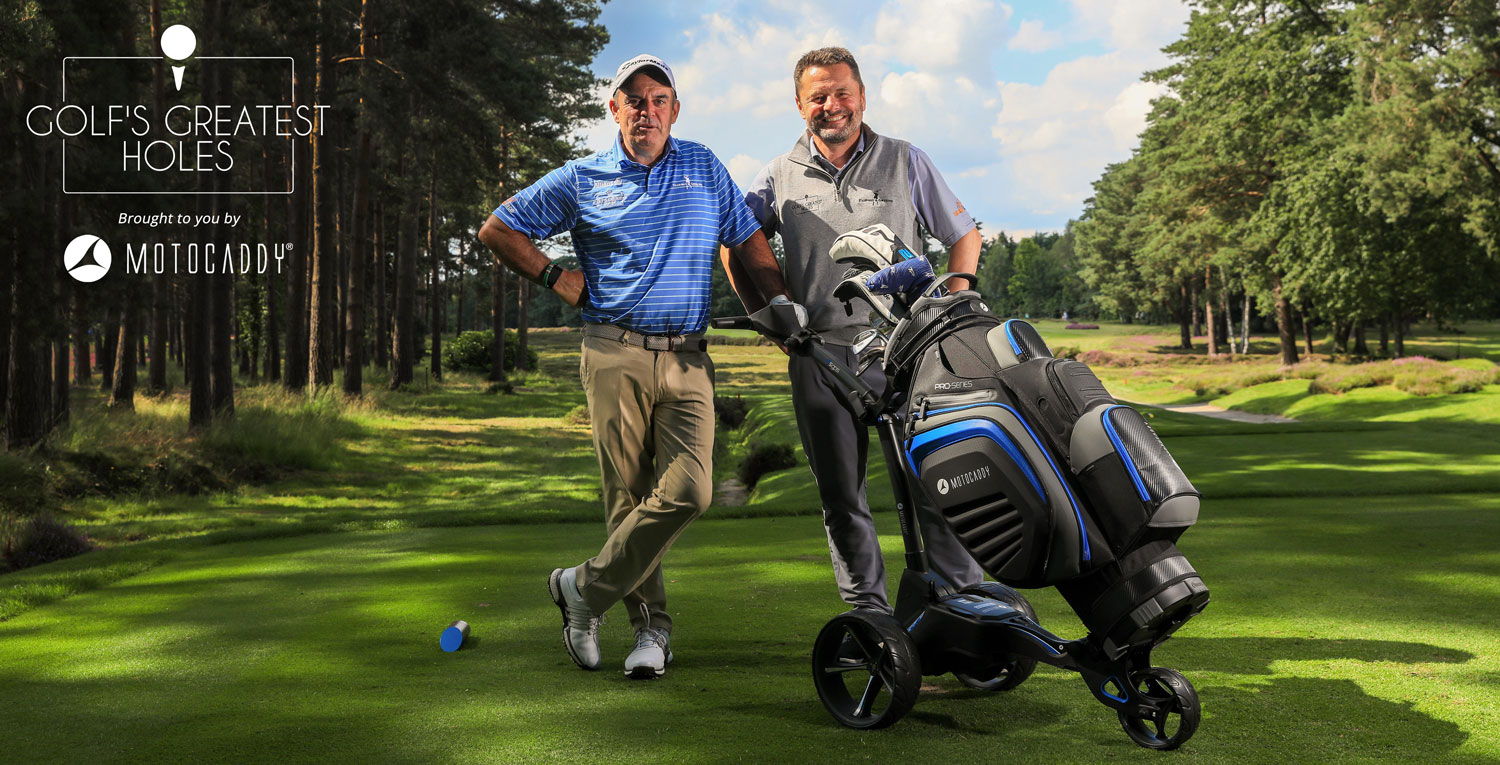 The six-part Series, which has already received critical acclaim from major broadcasters in other parts of the world, features some of the greatest holes in Paul’s native Ireland and nearby Northern Ireland.

“I’d never used an electric caddy before this Series, but I was blown away by how easy the Motocaddy models were to use and the technology available to help your game out on the course is incredible,” said McGinley, who famously sank the winning putt for Europe on his Ryder Cup debut in 2002 before securing victory as captain at Gleneagles in 2014.

“Using the latest Motocaddy products during the making of the Series made filming really easy and I enjoyed taking the caddies on some of the world’s most challenging golf courses. I hope it encourages people to get out and make their own journey around Golf’s Greatest Holes,” he added.

The first of a six-part series saw the duo travel the Emerald Isle using the latest Motocaddy M5 GPS and M7 REMOTE electric caddies, while co-presenter and keen golfer Chris carries the versatile HydroFLEX stand bag whilst playing at world-famous courses such as Royal County Down, Royal Portrush, Adare Manor and Lahinch, as well as hidden gems including County Sligo and the wild and wonderful Carne Golf Links on the Atlantic coast.

Each 30-minute show features up to six holes selected by Paul for their stunning views, as well as the challenge that they present golfers of all abilities. Other courses set to appear in the first Series include Ballyliffin, The K Club, Portmarnock, Portstewart, Rosapenna, Killarney, Waterville and Druid’s Glen.

“The show has been a great success for our brand,” said Motocaddy Marketing Director, Oliver Churcher. “It’s been amazing to see Paul and Chris use our electric caddies on some of the best golf courses in the world, but even better to see that showcased to global TV audiences. Our U.S. business is really going well and I’m sure that the passionate American golfing audience will love this new Series,” he added.

All six episodes in the first Series will be available to view on demand having, already been released in the UK and across Europe and Africa. The show is set to be screened by more than 30 broadcasters around the world, reaching over a billion households in 189 countries over the next four years.

The show was filmed thanks to exclusive access to courses that were closed during the lockdown period last year, allowing the crew to capture stunning footage of spectacular Irish golf holes that have hosted Major Championships, a Ryder Cup and those that present a weekly challenge to the everyday golfer. Combining super high definition 4k cameras and highly skilled drone pilots, the courses were captured from every angle, truly showing off the best of Ireland’s golfing pedigree.

“From day one, we couldn’t have made the show without Motocaddy and I’m genuinely thrilled to have a globally-recognised golf brand as the headline sponsor,” said Chris, who is an avid golfer playing off a seven handicap.

“Having the Motocaddy products involved meant that Paul and I could concentrate on hitting the shots and explaining the beautiful scenery around us.

“The electric caddies worked perfectly and when the filming schedule meant I had to go off and play a hole by myself, the HydroFLEX stand bag was light and easy-to-carry, which again made filming even easier. I couldn’t be happier with the first six shows from the island of Ireland and we hope that our American golf fans enjoy watching it as much as Paul and I did making it,” he added.

Future destinations are set to include USA, the Caribbean, Australia and Europe and more information can be found on the show’s website www.golfsgreatestholes.com, where viewers can discover behind the scenes footage, enter competitions and suggest which holes the Series should include next.